How to become a cool ski instructor

Hello dear friend’s ski instructors. The reason of writing this book was numerous observations of the work of ski instructors, and most importantly, what students learn after the lesson.
Unfortunately, I have to say that in most cases, if the student after the lesson, can go down the green slope in a straight run in the position of the wedge, it is the height of dreams! As you know, we are not talking about any turns! That’s why I decided to write this article.

Why is this happening? It’s simple enough. Students are coming to the lesson, often coming to the resort with people, who are already skiing, who entrust their friend to the instructor. Another option is that the husband or wife wants to put their other half on skis, and the third option is when there is a corporate event, that is, some employees want to put their colleagues on skis.
As a rule, inexperienced instructors fall under the influence of such clients who need to join their friends, relatives or colleagues tomorrow or at least the day after tomorrow. And as soon as the instructor and the student get to the top of the slope for beginners, the instructor begins to tell and show how to turn!

And it doesn’t work! There are several reasons. Fear of heights, fear of speed, fear of making any movement, because these unruly heavy skis immediately start to slip out from under you, and so on…Here for these reasons and what happens is that after such a «lesson» the limit of dreams is a straight descent in the position of the wedge on a bright green slope.
Dear instructors! Please try not to succumb to the provocative requests of your students. Try to explain to them that before you start to conquer the black slopes, you must first properly master the green ones to gain experience and most importantly the necessary motor skills! Here is how to do this and will be discussed in this book.

«How to become a cool ski instructor» 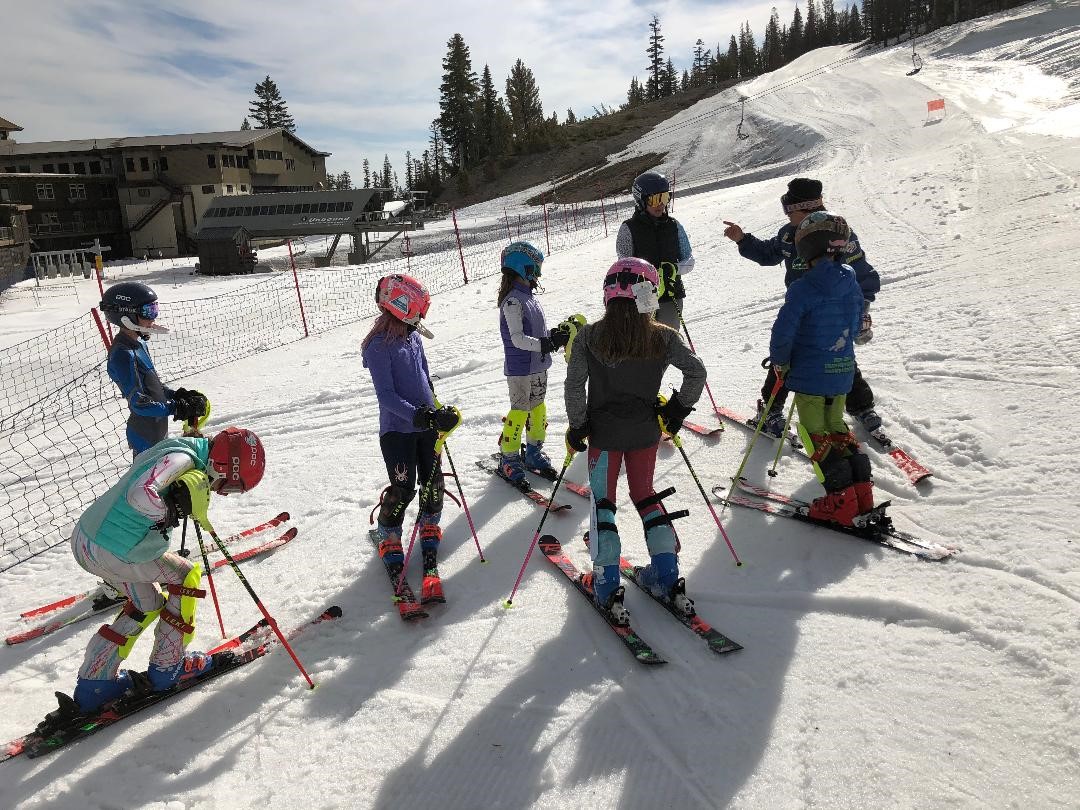 Now a few words for the coaches. It’s no secret that trainers are usually instructors! For many reasons, it happens that people become these «coaches» not because they have some kind of education or vocation, but just because it happens.

After all, the work of an instructor is seasonal, and the season is quite short, four or five months. And that sin to conceal, lessons are mostly received by instructors of the highest categories. And in the intervals between winter holidays, people do not crowd to the lessons, especially since the prices bite.

And when an offer is made to become a coach, as a rule, the instructor immediately agrees to it, because the number of working hours is guaranteed! On lessons as rule children, and no one particularly asks the results!

But then suddenly there is an opportunity to get a more prestigious position, then a failure happens, since there is not enough knowledge, and the employer and especially the parents, who dream of seeing their children no less than on the podiums of the World Cup demand results! The next chapter is written to help such trainers.

Hey, lovers of sparkling snow and skiing! It’s finally happened! I released my new e-book “From wedge to edge or skiing from the view...